8WG is a professional media, government and community relations company. We provide planning and solutions for successful engagement. 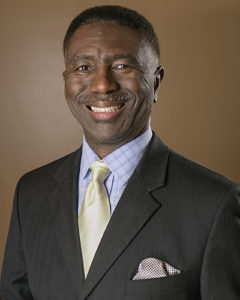 Charles Griggs is a communication, media and government relations professional focused on issues to improve social economic outcomes. Griggs works as an experienced media and marketing professional who takes pride in creating ideas and strategies to improve outcomes of all people. His knowledge of the communications industry spans more than thirty years and involves various winning campaigns, associations and clients.

In 2005 Griggs began his tenure with the Florida Department of Health in Duval County, and served as the Director of External Affairs. In this capacity he managed external efforts that included media relations, risk communications and legislative affairs. In 2010, Griggs was honored as valedictorian of the University of South Florida Public Health Leadership Institute of Florida 13th graduating class.

As President of the 100 Black Men of Jacksonville, Inc., Griggs has led the organization in various initiatives to support the growth and development of African American males. Griggs’ leadership of the J100 has positioned the organization to facilitate the process of educational, economic and social mobility to improve the quality of life for African American males.

On the other side of the media table, Griggs has contributed as an editorial writer through his column titled BlacKoffee, syndicated and published in the Jacksonville Free Press. He previously hosted and produced The Next Page and First Coast Focus, radio talk shows that focused on community and social issues. Griggs currently contributes as a regular panelist on WJCT’s (NPR) First Coast Connect broadcast, which airs daily on 89.9 FM.